When does war begin?  And more importantly when does war end?  Those who have lived through war recall it daily.  War becomes who they are, for it is in their blood and, worse still, inside their mind.  This is the story of a woman who lived through war and will remember it daily, carrying it within her as her destiny.  She will go as far as arguing with historians who, ultimately, decide when a war started and when it ended.  But there is no beginning to war, she says, no end to war.  And this is because her story is also part of History.

That the civil war began on an 18th of July in 1936 and ended on the first day of April in 1939 is not exactly true. You will find these dates, and more, in history books, in general information books, and probably in books that have made fiction out of war, as if war were not fictional enough.

Wars never begin nor end when historians want them to, though they do take place when a select and terrible few push them surreptitiously to happen in order to get their way. To every war there are antecedents, backgrounds, preliminaries and past experiences that inevitably lead to a conflict, but more importantly there are consequences that carry on well beyond any armistice. A peace agreement may have been reached, but the enemy is still the enemy.

Yet victors will not always sign agreements. The may reduce the whole victory thing to an official communiqué stating the war has ended, for victors are that arrogant, and that is the end of that. Or perhaps the enemy may have been wiped out, with no one left on the other side to sign and bear the mantle of defeat. Those others are frequently eliminated (did war not start because of the desire to destroy the other side?) not only physically but as citizens of a nation, with rights and obligations. Many of the defeated left and went abroad forever, which is the same as becoming non-existent in the country of your birth. Perhaps those survivors will regroup and rearm abroad and will one day return to the homeland to fight it out. But most leave and never return, ever. It is not that they have forgotten the sanguinary event. No, not that. They take the war within them, carry forth the conflict, relive it in everything they do, for after what they have gone through their existence becomes conflictive, their life is a struggle, their approach to all things belligerent. There will be no peace for them, they will not rest. Their fight is not on the battleground, but on the frontline of ideas, of thought processes, of aspirations and ambitions, if they happen to have any left.

Such was her case. We shall call her M. M is a convenient letter. M stands for mother, for marathon, for migrant, for movement. In fact, all these words are good enough notions that might just about define who she is. This is of course all hearsay, for we do not have too many details about her. Suffice to say that she left and never returned, a common trend after a civil war. Yes, suffice to say that she, and there were many like her, carried on with the fight but from within. That she never quite recovered from the ordeal. That peace was something always out of reach in her mind. That she did not once recoil and forgive, for the crimes of the enemy were too many, their wrongs too harsh, their resulting regime of decades unsustainable.

She, M, tried hard to live and establish a home far away from home. A most difficult task, of course. Others do not wish M to feel at home in their country since they secretly consider her a trespasser of lands, an invader of sorts. Go back to where you came from, she has heard on a number of occasions. Not that she did not try to blend in, mix, find friends, feel at home. She was even prepared to become one of them, adopting customs and traits. But then the colour of her eyes –and specially the way those eyes scrutinised all around her, in that warring mode of hers– was not what they expected among their lot. And if she ever so much as complained, they would discreetly state this is how we do things in this country. Perhaps her internal conflict did not help. She was always at war and felt life as a battle, each day was a struggle, at any given moment she would want to get into a fight with whoever it was.

But ultimately her story is also part of history. She once tried to tell a historian that the civil war had not ended because she still carried it within her. But the historian would have none of it and replied that the civil war ended on the first day of April 1939, period. That is April Fool’s Day, she said, trying to lighten up that most horrific date. No, the historian was not up for humour, not up for inaccuracies, not up for a woman carrying the weight of a civil war as if it were her destiny. Civil wars, the historian stated in a loud and efficient voice, are fought on the battleground, by two groups on opposing sides, with disastrous consequences and blood spilt, with a winner and a loser.

And she, M, retorted using current terminology: war is a lose-lose situation and peace cannot ever be restored. For war does not end nor begin. For war is sadly forever, even if historians do not agree. For I have carried such a truth inside my belly all this time.

Image from a relief of a battle fought in the Assyrian Empire, 14th century BC, exhibited at the British Museum (photographer: Isabel del Rio) 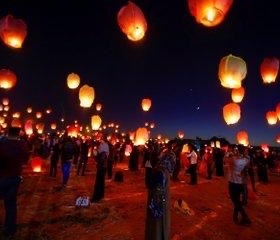 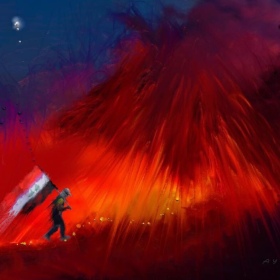 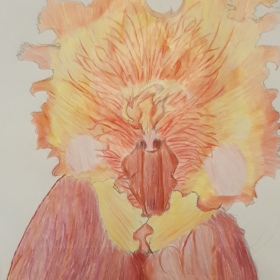 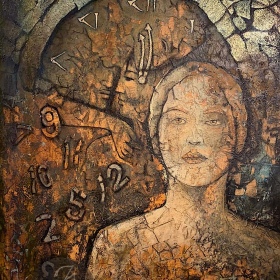 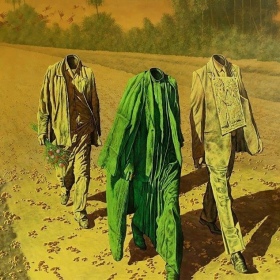